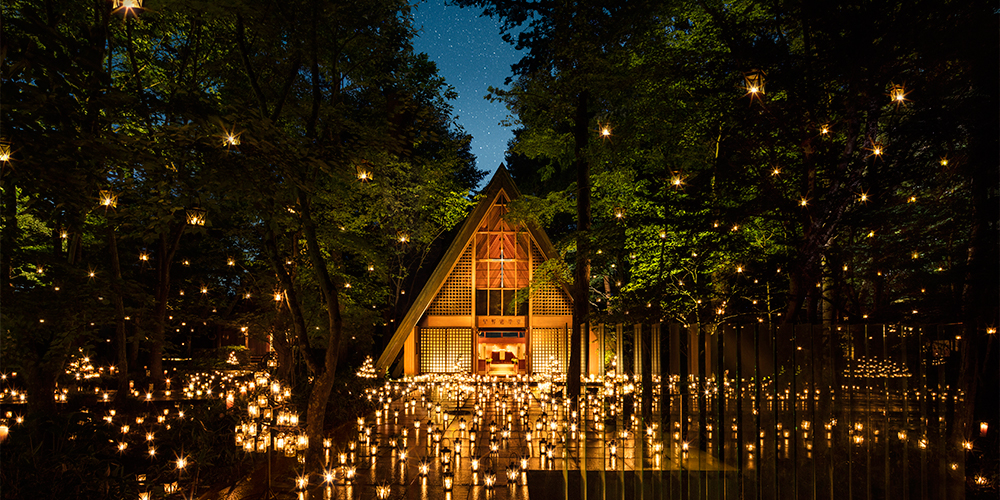 Karuizawa Kogen Church was founded in 1921 as a venue for liberal arts courses in Karuizawa, a town where Christian culture has historically thrived. These courses earned a special place in the hearts of intellectuals, as a place in which they could converse in search of "true enrichment of the mind." One of these intellectuals was Uchimura Kanzo, who called Karuizawa Kogen Church the "Hoshino Yugakudo" ("Hoshino Hall of Itinerant Study"). Today, this name can still be seen in writing at the entrance to the church. Since 1965, wedding ceremonies have also been held at the church. It has since become famous in Japan as a church where non-Christian brides can also wear wedding dresses. It could well be that stance as a church that also welcomes people of religions and ideologies outside of Christianity that has made this a church that is known across generations, right up to the present. Another of the church's charms is that it offers the chance to enjoy light displays, as well as beautiful scenery that transforms in time with the seasons.

10 minutes by car from the hotel 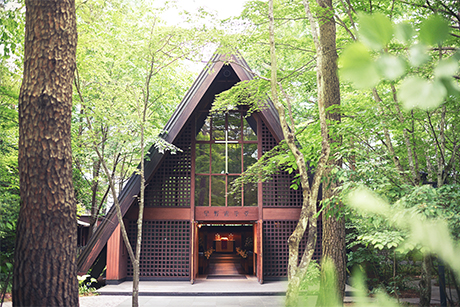 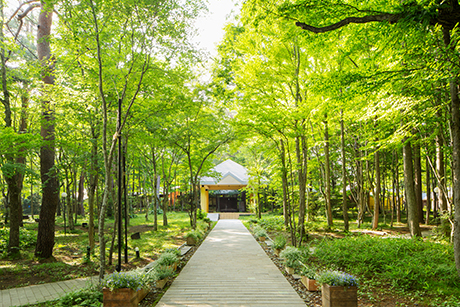 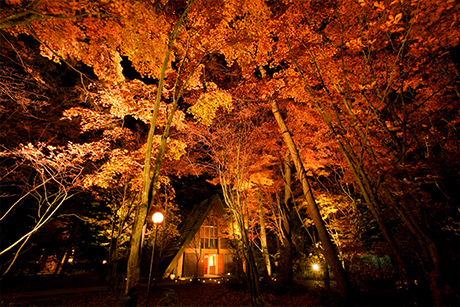 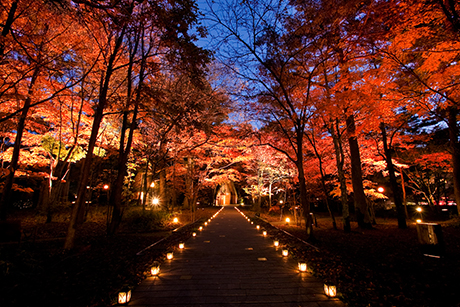 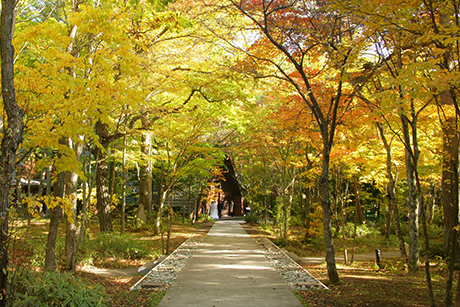 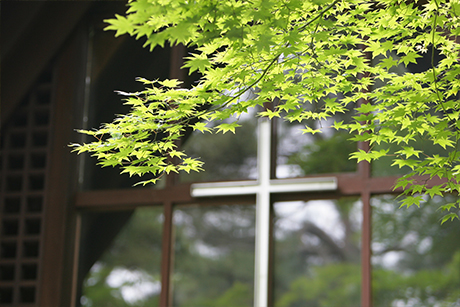 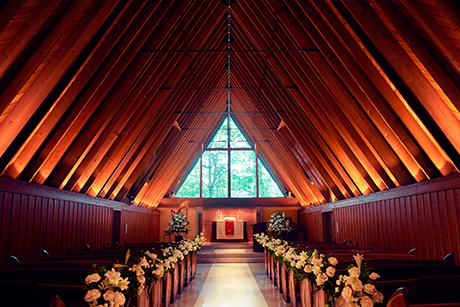